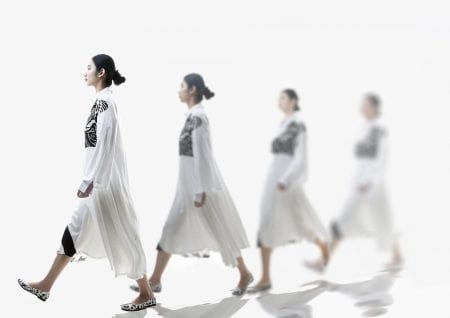 While an activity tracker can really give a life-affirming signal, when you overcome a mark of 10,000 steps per day, this does not necessarily mean that we have an ideal figure. Starting with the fact that counting steps (like calories) is regularly criticized by experts, which remind that total control can negatively affect your mental health. And ending with the results of a new study, which showed that your path can be much shorter – without loss of productivity.

In the documentary The Truth About Getting Fit, shown by BBC One, medical journalist Michael Mosley learned where this mythical 10,000 steps came from. It turns out that the figure was first used in the advertising campaign of the gadget, which was released right before the Olympic Games in Tokyo in 1964. Based on the work of Academician Yoshiro Hatano (Yoshiro Hatano), a Manpo-kei device was created to make the Japanese more active. Today, the same device, only much more technological, we call a pedometer.

To see how effective 10,000 steps will be for losing weight and healthy for health (by the way, it’s about 8 miles), they needed to be compared with something. For this purpose, Mosley and Rob Copeland, a professor at Sheffield Hallam University, chose Active 10, a popular UK program that includes only three 10-minute walks per day at a fast pace. To participate in the study, workers from the plant in Sheffield, South Yorkshire, who wanted to increase their activity during the day, were selected.

Then the volunteers were randomly divided into two groups. The first group was to go 10,000 steps a day, and the second group was not counting the steps, but making three 10-minute walks during the day (only 3,000 steps). Can you guess what turned out to be more useful?

Despite the fact that the second group was obviously less physically active during the day, their training system was much more effective in terms of improving health indicators. “The Active 10 group really gained 30% more benefit from moderate to intense physical activity than the group of 10,000 steps, although its participants moved much less,” Copeland comments.

Researchers are sure that it’s all about the optimal combination of work on physical health without compromising mental health. That is, when we practice moderate training (this applies to both intensity and time), we expose our body to much less stress. Thus, just moderate physical activity will allow you to get maximum health benefits. Plus, it’s easier for us all to find time for three small walks than to try to reach the ideal in 10,000 steps. And this, judging from our own experience, is pure truth.