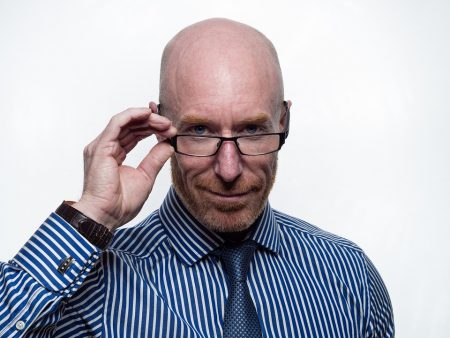 By 25 years, about 25% of men have signs of baldness, and by 50 years – about 50%. Why is this happening? In fact, everything is very simple.
There are two main reasons that cause baldness. The first is a consequence of some kind of illness / infection or operation. But perhaps the main factor in the development of baldness is the genetic information obtained by each person at conception.

The problem of baldness overgrown with a whole mass of myths. What people do not invent, calling it the causes of early hair loss man.

We want to think about this when we stand in front of a mirror and try to carefully hide the bare patches on the head. In fact, hair loss begins at a young age, and at the age of 20–30 years, some of the bald areas are already manifested quite clearly. The more hair a man will lose when he is young, the greater his baldness will be when he becomes older.

Myth 2: Hair loss is inherited through the mother.

It was believed that it was enough to look at the father of the mother to find out if the bald head shines for you in the future. Indeed, in 2005, German scientists proved that the gene that leads to hair loss comes from the mother. However, in 2008, studies of another gene showed that baldness can be inherited both from the mother and from the father.

Thus, to claim that you will be bald, if such was your mother’s father, is not entirely correct.

Myth 3: There is a direct link between baldness and increased testosterone levels in the body.

The assumption that the more active a sex life is led by a man, the sooner he will become bald, has no scientific evidence. Rather, it can only serve as a consolation for a person with a bald head, when people associate the absence of a large amount of hair on his head with his possible “records” in bed.

If this myth were true, everyone would have long since got rid of caps and baseball caps. But there is no evidence of a negative impact on the headgear hair. If this were true, then MLB (Major League Baseball is the main baseball league) would be deciphered as Major League of Balding (the main league is bald), since a baseball cap is an essential attribute of all players.

Myth 5: During life, new hair follicles can be produced.

Experts of the medical company Bosley claim that the hair follicles are given to you only at birth, and more throughout their lives they are not produced. Additional follicles can be obtained only after their transplantation.

However, recently it was proved that the brain can produce new cells. Who knows – maybe a further study of stem cells will lead to the fact that it will be possible to receive new hair follicles.

Chronic stress can harm the body and affect the state of mind. But can it cause baldness?

There is no baldness, but, as the Mayo Clinic experts have proven, hair growth can slow down, they can become brittle and even fall out.

Just as the illusion that a person’s nails and hair grows after death (it is created as a result of drying of the flesh), it also just visually seems that the hair becomes thicker after the haircut. This is explained by the fact that the concentration and thickness of hair on the head is greater in the lower part of the hair.

A visit to a tanning salon can really cause a lot of problems, including cancer, but it does not cause baldness. However, as the sun’s rays.

The fact that after washing our hair in the hands and in the bathroom remains the hair does not mean that frequent use of shampoo can cause large hair loss, as well as baldness. If you later become bald, then definitely not from the fact that you regularly shampooed your hair.

As the reverse statement is wrong, the one who rarely washes his head will soon become bald. Dreadlocks alone prove the illegality of such an assumption.

It is not clear where this myth came from. But no evidence of this assumption was not. This is the same populism, as well as the statement that the use of products containing various chemical substances can lead to baldness.