Christmas is traditionally considered a family and home holiday, but in some people there is so much craving for travel that they want to travel even in this magical time of the year. Fortunately, there are several wonderful places in the US that are perfect for a small Christmas trip, which not only does not break the concept of the holiday, but will complement it. 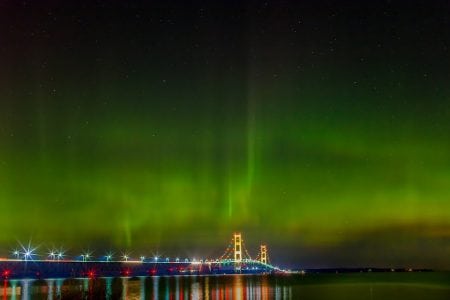 Frankenmuth, Michigan is a popular tourist destination in the state of Michigan, attracting several million tourists annually. Thanks to carefully preserved Bavarian traditions, this place is unofficially called “Little Bavaria”. The main gem of the town is the world’s largest Christmas store Bronner’s Christmas Wonderland. If you can not find any special piece of decor or a unique gift, he will surely be waiting for you here. In Bronner’s any adult will be able to feel like a child again, especially in winter, when the festive mood is flying in the air.

The small town of Rhinebeck, New York is in the north of New York. Each year, there is an ancient winter festival, which goes back to the time of the founding of the first Dutch settlement of the XVII century. It is called “Sinterklaas” and is always celebrated on the first Saturday of December. The main character on this day is the folkloric character Bishop, who appears before people with a long white beard and very fond of children. Sounds familiar, does not it?

Despite the fact that it never snows here, the coastal town of Newport Beach is still on our list of the most Christmas locations in the US. The thing is that every year there is a festive parade of boats. This year it is scheduled for December 13-17, and this action will become a similar event for Newport. The parade in the harbor is most like a large-scale exhibition of lights decorated with lights that move past you, allowing you to view them in all its glory. 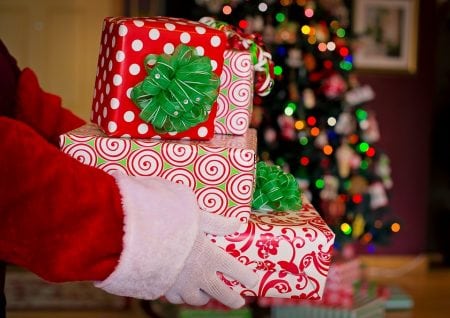 The city called Santa Claus did not inadvertently earn a reputation for the “Native City of the American Christmas”. If the pre-holiday fever covers the rest of America only in November-December, everyone here literally breathes Christmas every day of the year. Shops, theme parks and amazing luminous scenery will help you remember the winter holidays for the rest of your life. The town is perfect for a family holiday, because every child dreams of being in a real Christmas village, where you can see no less than the real Santa Claus. 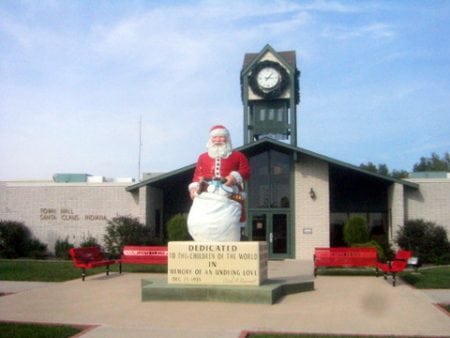 The town of Bernville, Pennsylvania, home to only 955 inhabitants, is home to the Koziar’s Christmas Village, one of the best exhibitions of glowing festive decorations in the country, and one of the main attractions of Pennsylvania. It began as an ordinary decoration of the house for Christmas, which for 7 decades grew into a significant destination for fans of Christmas. 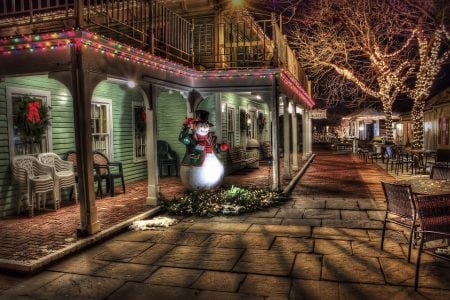 Durango is excellent for a Christmas season, offering tourists many opportunities for entertainment, including shopping, skiing and snowboarding. In addition, there is a Polar Express in which children and adults in their pajamas can visit the North Pole while enjoying hot cocoa and singing Christmas carols on the way. There is also a spruce farm nearby, where anyone can find the perfect green beauty to take her home on the roof of his car. 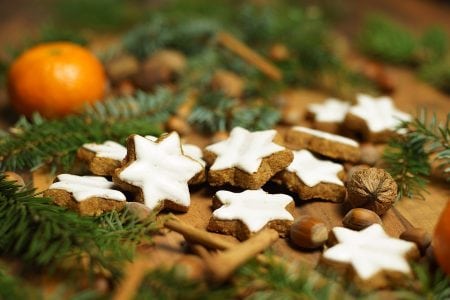 If you spend only one day on a Christmas trip, head to Red Wing, Minnesota, which is ideal for an annual holiday stroll. The winter extravaganza begins with a pancake breakfast at the local Elks Club. The festival of wreaths allows visitors to see and purchase the most beautiful festive wreaths in the whole of the United States ever made. In the afternoon, visitors are invited to watch a holiday film, this year “Santa Claus”, admire the ice sculptures, take part in master classes on cookie preparation, ride in a sleigh drawn by deer, and in the evening – look at the fireworks show. And this is only a small part of what you can do at Red Wing on Christmas Day.