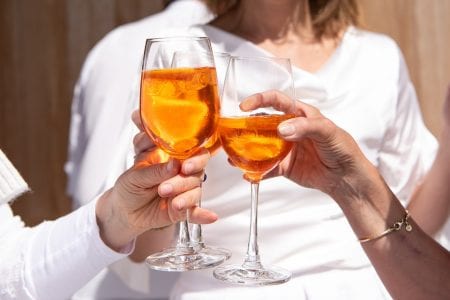 According to American researchers, a gene mutation in humans over time will lead to complete intolerance to alcohol.

Scientists from the University of Pennsylvania (USA) Casey Elizabeth Johnson and Benjamin Voight believe that as a result of natural selection, people will develop intolerance to alcohol. According to researchers, humanity will be able to completely overcome alcoholism in a thousand years.

Scientists have analyzed the genomes of over two and a half thousand people. According to Dr. Johnson, the researchers were able to identify several mutations that can explain the evolutionary changes observed in modern humans.

According to her, these are genetic mutations that increase resistance to malaria, as well as changes in the genes belonging to the ADH group. Johnson and Voight believe that a mutation of this gene can trigger an “anti-alcohol defense” of the body: genetic variations accelerate the breakdown of alcohols, a person begins it is bad to feel right after drinking alcohol, as a result of which there is a persistent hostility to alcohol.

Note that while this is only a theory and how exactly this mechanism works, researchers have yet to find out.