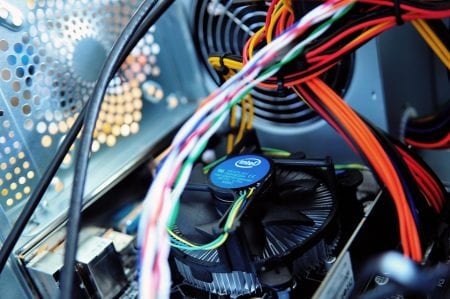 Perhaps the computer cooling problems will soon be solved, which will happen due to some invention developed at the Lawrence Berkeley National Laboratory (a laboratory owned by the governmental U.S. Department of Energy).

The laboratory has developed – and what is important has already demonstrated – the material used to produce transistors, which is able to carry electric charges with almost zero loss, accomplishing this task at room temperature. The basic component of the material is sodium bismuthate . The laboratory claims that transistors built on the basis of this material are able to change their state from zero to one and back, generating minimal amounts of heat.

This new – as defined “exotic and ultra-thin material” is a kind of topological transistor. It behaves like a standard superconductor, but unlike it does not have to be chilled. It is worth recalling that superconductivity consists in eliminating electrical resistance, which is achieved by intensive and continuous cooling of the material. The material developed by Lawrence Berkeley National Laboratory works the same despite the fact that it does not have to be cooled down.

“Packing more and more transistors on a specific surface means that we are approaching the limit of physical capabilities of materials used to build them. The ultra-low energy topology developed by us is the answer to the growing challenge of wasting energy in modern computers, “one can read in a document published by the laboratory that presents this innovative technology.