Almost all pet owners kiss their pets, which become full members of the family over the years. But still we have to warn you – it’s dangerous!

Even if your cat has never been outside the apartment, and you disinfect the dog after each walk, you can not be sure that the animals are absolutely healthy. 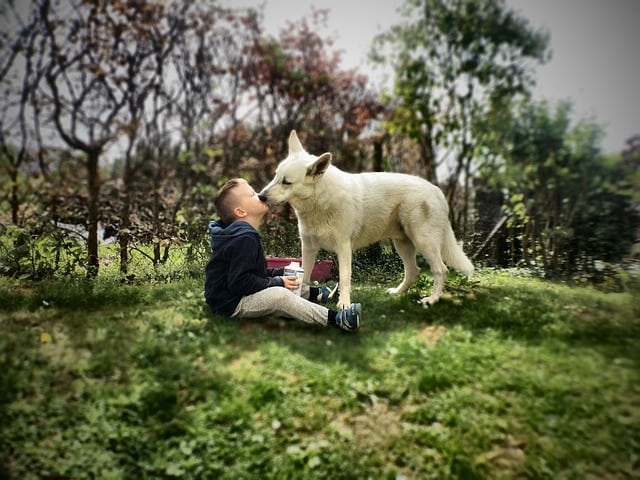 Doctors warn: there are more than 100 diseases that a pet can reward you and your child. And most of them can run in the animal absolutely asymptomatic or with insignificant manifestations, which you will not notice. And even a kitten or a puppy acquired from trusted people or at a large pet store vaccinated against major infections could be infected with something else in utero or get some parasite in the first days of one’s life.

So what exactly is to be feared, hugging and kissing a four-legged friend? In addition to elementary intestinal infections, one can get a whole bouquet of more serious diseases from the pet.

Toxoplasmosis is a parasitic disease, the main carriers of which are representatives of the feline family. Toxoplasma affects the nervous system, muscles, lymph nodes, eyes, heart and other organs. Especially dangerous is toxoplasmosis for pregnant women, since infection of the fetus causes mutations that are often incompatible with life.

Cat-scratch disease causes a bacterium that lives on the skin and in the saliva of cats, dogs, guinea pigs and other animals. Transmitted through scratches or on contact with the mucous membrane, these bacteria affect a person, provoking a fever, acute intoxication, rashes and allergic reactions, suppuration, inflammation of the lymph nodes and so on.

Salmonellosis is an acute intestinal infection caused by salmonella. They can be infected by eating foods of animal origin or by direct contact with a sick animal. By the way, the carrier of Salmonella may not have any symptoms of the disease at all, and serious digestive disorders, fever, seizures and even sepsis can develop.

Helminthiasis  diseases that cause parasitic worms. The most common varieties of these parasites are intestinal – everyone has heard about them. With such a disease affects the intestines, which manifests itself with problems with digestion, abdominal pain, itching in the anus. But there are other, more dangerous helminths, affecting important organs and tissues. For example, the “cat’s fluke”, which, as the name implies, likes to live in the body of cats, settles in the liver, gall bladder and pancreas. Other types of worms affect the lungs or, for example, the eyes. In general, a very terrible thing.

Psittacosis  is a disease that often affects parrots and canaries. 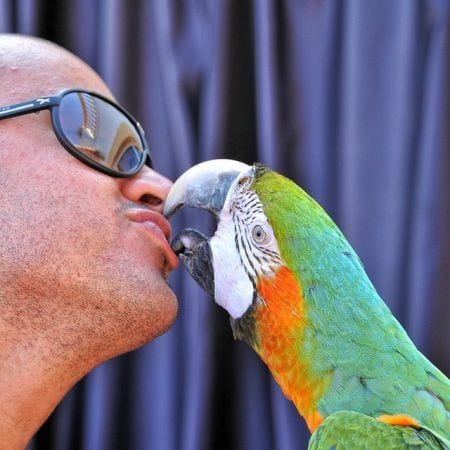 The causative agents of ornithosis are chlamydia, which penetrate the respiratory tract and affect the lungs and central nervous system. They cause high fever, pneumonia, less often meningitis.

Parodontitis is the inflammation of the gums caused by microorganisms. Often they suffer from dogs. Symptoms of periodontitis: bleeding gums, toothaches, mobility and ultimately loss of teeth.
Finally, the two most terrible diseases that pets can reward.

Rabies is transmitted, as a rule, through the bites of wild animals, as well as domestic cats and dogs, but can also get caught with saliva. The incubation period (when the animal is already infected, but not yet sick) can last from 10 days to 3-4 months. Breeding in the body, the rabies virus causes extensive damage to the central nervous system, which in almost 100% of cases leads to a fatal outcome. Rabies is not treated, the only possible way to prevent infection from spreading is to vaccinate immediately after infection.

Plague is another terrible disease. The plague rod infects the lymph nodes, lungs, causes fever and sepsis. The main vectors of the plague are rats and mice, less often cats. 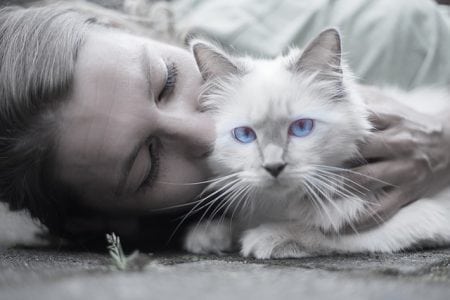 Of course, do not immediately after reading the article send the poor animal to quarantine and isolate it from the children. But to communicate with pets was safe, you must always follow the following rules: